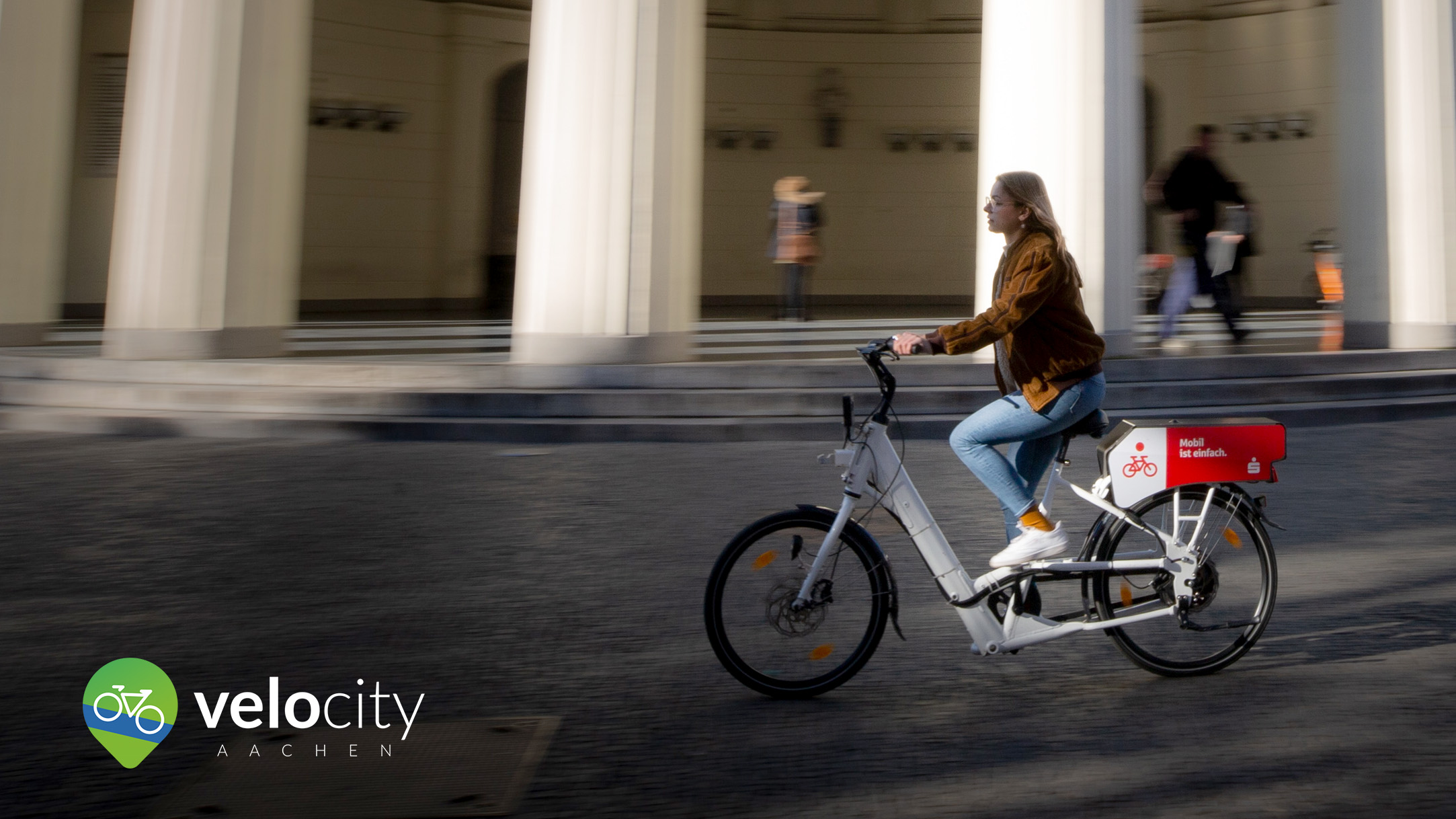 Originally the aim was to be able to overcome the gradients in Aachen as comfortably as possible by bicycle, without sweating. With this idea, a student initiative of RWTH Aachen University launched the Velocity project, an e-bike sharing system in which the user can borrow an e-bike at a station near his or her home via an app or customer card and return it to another station very close to the desired destination, regardless of opening hours, small change, theft protection or other obstacles.

In the meantime, you can take advantage of this offer at 44 stations in Aachen and the medium-term perspective for the citizens of Aachen is even more promising: 1000 e-bikes at over 100 stations throughout the city. The construction of many more stations is planned for this year.

The team around managing directors Tobias Meurer and Dennis Brinckmann is working at full speed on this reference project, as it is not only a matter of condensing, but also an extension of the project. Municipalities bordering the city area of Aachen are to be connected to the station network and thus open up the entire city region of Aachen with the e-bike sharing concept.

Even though there are numerous bike sharing concepts, Velocity is unique in its implementation. The technology, the software and the e-bike itself come from the Velocity forge. In the technological implementation, Velocity has often utilized the know-how from PEM Motion, e.g. in the development and certification of charging stations, prototyping of bicycles or other development tasks. The trusting and efficient cooperation existed from the very beginning and is still lived today.

The ownership of a car or a bicycle loses importance, the use of different forms of mobility in a coherent system comes into focus. This is not only more ecological and economic, but also generates real added value at the social and socio-political level. And yet – the user wants to be convinced; his or her own ecological conscience is often not enough. The Velocity team is committed to constantly improve its offer and to be able to offer the concept attractively in other cities and communities.

The social rethinking of mobility, which makes current developments in transport policy imperative, will certainly accommodate this innovative and exceedingly creative project

Any cookies that may not be particularly necessary for the website to function and is used specifically to collect user personal data via analytics, ads, other embedded contents are termed as non-necessary cookies. It is mandatory to procure user consent prior to running these cookies on your website.